Independent Hip-Hop artist KIVU7I born in Gainesville, GA reaping Atlanta. Got his unique name from the African language Swahili in translation which means Shadow. and the number seven is his numerology life path number is why he spell his name with a seven instead of a “L” and the number seven is also aligned with the color purple, which stands for creativity and royalty in Africa.

When he first started writing rhymes at the age of fourteen, he came up with the name Ghost because he felt he was alone (feeling like a shadow) due to being in a single parent home, absentee father his mom having to raise him by herself as a police officer, which lead her to not being home often propelled him to become rebellious. In his rebellion searching for a place to belong Kivu7i ultimately joined the notorious street gang Gangsta Disciples. Three years later after a violent shoot out and the deaf of a close friend opened his eyes to wanting a better future. So, he turned to his pen and pad. Changing his name to Ghost Blaqq paying homage to his gang colors and fallen comrade.

As the years passed developing into a striving artist Kivu7i went through multiple name changes trying to find an identity and separate himself from his previous street life mentality and connections searching for solace and Pan- Africanism and ideology, which lead him to former known artist name “King Simba”.

From 2017 to 2019 Kivu7i went by King Simba releasing music that promoted light, uplifting, inspirational, motivational, cultivating relating music with his first album “Hear Me Roar Mixtape Volume 1” with his poplar songs “The Light” ft. Kimi, “Never Personal” and “Why They Mad”. Up into late 2019 King Simba was on the rise only to face adversity as a striving artist with identity battles of Artist with similar names trademark refusals and copyright infringements once again lead Kivu7i searching for an identity. After several contemplations in self-reflection Kivu7i finally found his identity, a name that related to his past, present, and future. His new identity utilized his Pan Africanism, His Numerology principles, street smarts, and pain of being alone created the artist known today as Kivu7i.

Since finding his new identity; Kivu7i has released ten singles and two Eps, most poplar EP being “The Beat Massacre EP” and latest release of The EK7IPZ3 (Eclipse) EP. With headline singles such as “Hate Me Rite”, “Room Service”, and “Skrr”. With his new single A.O.N (Authentic or Nothing) dropping June 4th 2021, Kivu7i is looking to pick up where he left off and going further than he dreamed. 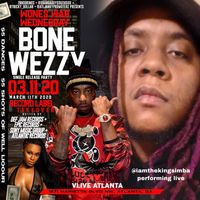